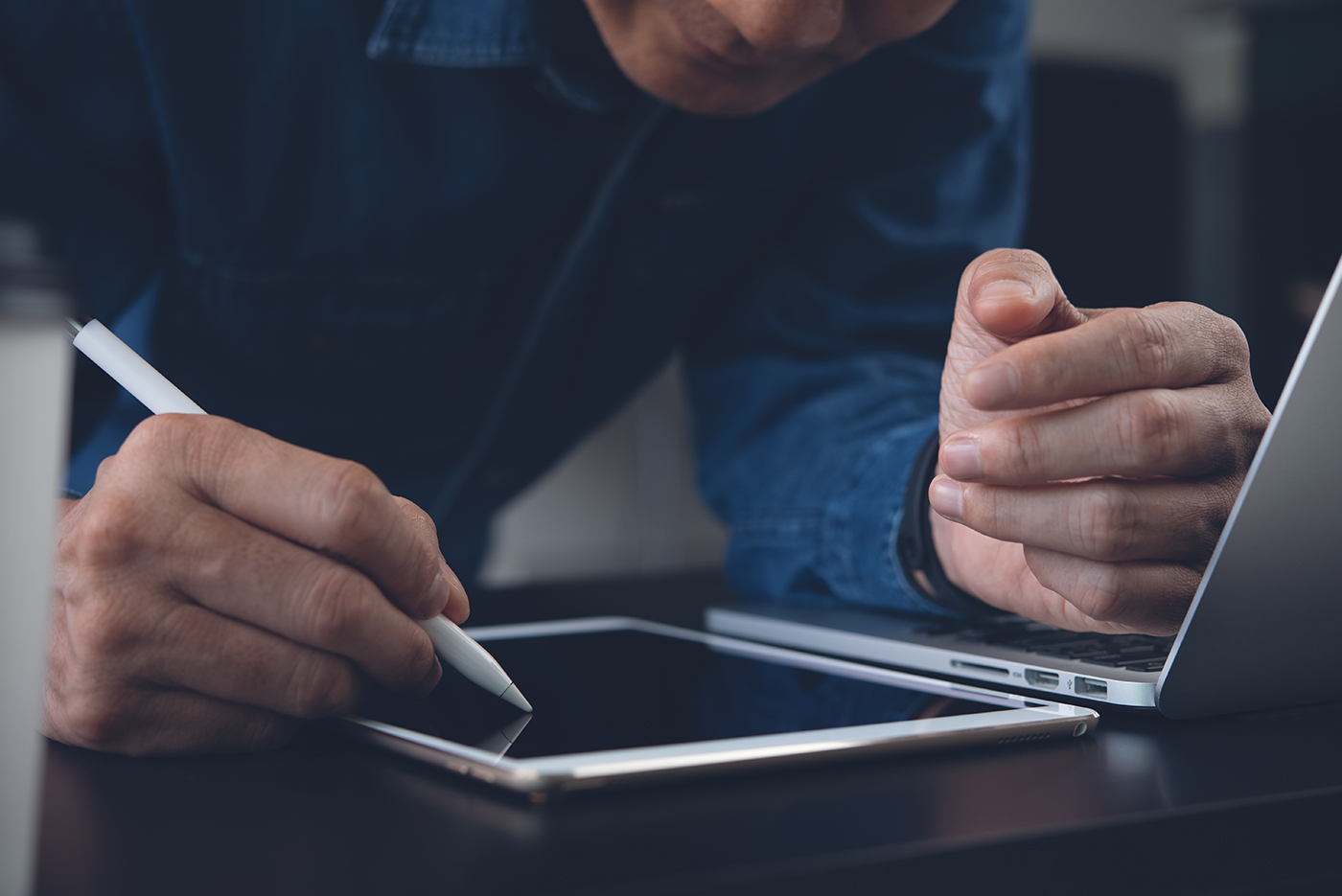 Here at Land Title Guarantee Company, we have engineered our own easy-to-use e-signature platform to ensure that your transactions are as convenient, efficient, and safe as possible. But what is an e-signature, and why should you be telling your clients about this new platform?

The Statute of Frauds is a law that requires all contracts relating to real estate (and various other matters) to be in writing and signed in order to be valid. As the title of the statute suggests, the primary impetus behind requiring written and signed contracts was to avoid fraud.

For centuries, the signature requirement was fulfilled by a signor physically executing a paper document, which would then be saved as a physical record. However, with the adoption of new technologies in recent decades, such as computers, fax machines, scanners and so forth, the concept of a “signature” has undergone significant changes in order to facilitate and expedite the process of entering into a contract.

The most recent iteration of the traditional signature is the “e-signature”, which was first introduced in the United States in the year 2000, by way of the United States Electronic Signatures and National Commerce Act (E-Sign Act). The E-Sign Act allows electronic signatures to carry the same legal weight as a wet signature provided that certain requirements are met, and was designed to facilitate interstate and foreign commerce.

The Colorado legislature enacted the Uniform Electronic Transaction Act (UETA) in 2002, in an effort to promote consistency between State and Federal Laws when it comes to the use and legal effect of electronic signatures. According to UETA, an “Electronic Signature” means “an electronic sound, symbol, or process attached to or logically associated with a record and executed or adopted by a person with the intent to sign the record.” Essentially, this statute allows parties to enter into contracts by signing their names electronically, without the hassle of printing the document, and obtaining a wet signature that needs to be circulated among the parties.

How are we using E-Signature at Land Title?

Our Land Title E-Signature platform is used by our customers daily to facilitate their real estate transactions. Here are some examples of the types of documents that can be signed electronically when you work with Land Title:

Here is an example of how our customers have successfully used our e-signature platform to close without a hitch: I had a buyer scheduled to sign at the LoDo office, an hour before signing she called because she didn’t feel well and did not want to go into the office, but said she would if needed because she didn’t want anyone to be inconvenienced. I later found out that she has been fighting cancer and had a radiation appointment earlier that morning and had felt sick from the treatment. I was able to send her the e-signature package and she quickly signed everything without a hitch. The client was so appreciative and relieved when she found out she didn’t have to come in to the office. I was happy we were able to make it easy on her! – Closing Agent, Steamboat Springs

Please note that Colorado still has some legal restrictions that prevent some documents from being signed electronically; specifically, documents that must be notarized. Additionally, we do not have the ability to accept e-signatures on documents that were not prepared using the Land Title platform.