January 31, 2019: John E. Freyer is inducted into the Colorado Business Hall of Fame

January 31, 2019: John E. Freyer is inducted into the Colorado Business Hall of Fame 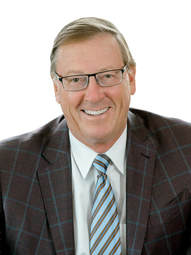 John Freyer serves as co-chairman of the Land Title Guarantee Company (Land Title) in Denver. He was the company’s president from 1985 to 2017. During that time, he grew the company to more than 750 employees with 50 offices across Colorado, establishing Land Title as a nationally known brand, with all operations locally in Colorado.

A fifth-generation Coloradan, the Freyer family is descended from John Evans, who in 1862 was appointed territorial governor of Colorado by then-President Abraham Lincoln. John and his wife Ginny have three children.

John is driven to contribute and improve our community. He is a generous philanthropist, investing in established Colorado institutions such as Colorado Mesa University, Denver Botanic Gardens, the University of Colorado, the Denver Museum of Nature & Science, and the Children’s Hospital Colorado Foundation. He has served on several community councils and boards as well, including the 2nd Judicial District Nominating Commission, Boy Scouts Denver Area Council, Cleo Wallace Center, Metro Denver Economic Development Corporation, National Association of Industrial Office Parks, Institute of International Education, and the University of Colorado Real Estate Council, Foundation, and International Advisory Board. He is also a founding member of Brokers Benefiting Kids, which brings together the commercial real estate industry to support at-risk youth.